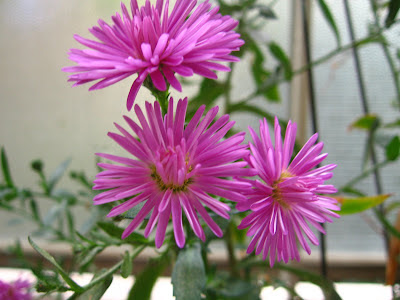 Tomorrow is GBD, but I know I'm going to be too busy to post. So here goes, five hours early.


My pride and joy this month are my asters. I've had this plant for about three years, but every September it gets hit by white mould, and I end up having to cut it back before it blooms. This year I sprayed preventively and it's given me the best display so far. 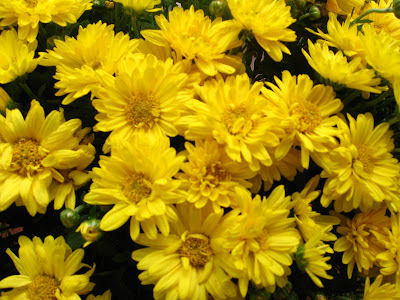 Also beautiful are these chrysanths, but I'm less proud of them as they were bought recently. My own seemed to have succumbed to something - the top leaves are still fine, but the majority have browned and died. A watering problem? A fungus? I'm not sure. They have a lot of buds, but the plants as a whole look tatty. 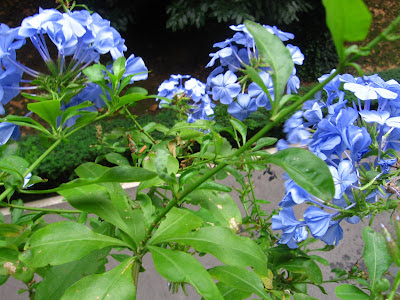 That's the autumn stuff, but we've had a really warm October this year - we were out in T-shirts today and it must have been around 80° at mid-day. So a lot of the summer annuals are still blooming happily. In particular, my white surfinia were really coming on - but as they trail over the balcony, they were badly damaged by a couple of days of monsonic rain which we had about ten days ago. The plumbago was also hit, but it's bounced back. 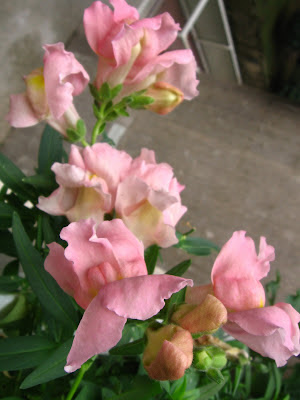 Everything else though is doing fine, with a lot of things blooming again for the second time. These little antirrhinums, unlike most of their friends, have escaped the caterpillar plague, as has the white alyssum. The purple alyssum was too badly hit to warrant a photo here, though. 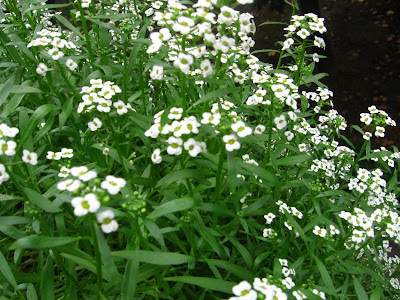 The four o'clocks are still blooming, though I'm starting to collect the seeds as well. And I've put in some cyclamen and some pansies for the winter and spring. But I'll save them for future posts.

PS : I've now got a lot of links for the Garden Bloggers' Retro Carnival, and thank you to everyone who's sent them. There's still time if you haven't sent in a link yet. The carnival starts the first week of November.

I'm still amazed at all you grow on your balcony!

So many bright coloured blooms!! he pink antirrhinums are the loveliest.

I visit your blog the first time and see a lot of blooming plants growing on your balcony, very beautiful, will come back soon.
Wish you a good Sunday
Wurzerl from Bavaria