If you could donate the seeds of one plant which was typical of your area to a seed bank, what would it be? Here in northern Italy there's no question - it would have to be the Lombardy Poplar (Populus nigra Italica).

There are seed banks all over the world - repositories of seeds intended to preserve genetic diversity and prevent extinction due to factors such as climate change, and to ensure replacements for vital crop seeds after natural or man-made disasters. But if a disaster did happen, it might well wipe out not only the local vegetation but also the seed bank itself.

For the last twelve months, engineers have been drilling a vault deep inside the rock and permafrost of a mountain on a remote island in the Arctic Ocean. It will house the Svalbard International Seed Bank, and was officially opened last week,when the Prime Minister of Norway (which has provided the £5m to build the bank) deposited the first packet of seeds.

When it's full, the vault will ultimately contain over two billion seeds of more than 4.5 million types from countries all over the world. 130m inside the mountain, it has been built to withstand any natural disaster - from an asteroid strike to a nuclear war - and the seeds inside, kept at a temperature of -18°C, are expected to last for centuries. The bank is intended as a back-up to national seed banks, and the seeds it contains will be determined by the countries wishing to use it. If a regional disaster happened, and a local seed bank was destroyed, the International Seed Bank would be able to supply replacements.

So why have I chosen the Lombardy Poplar to start the virtual seed bank? If you lived here you'd know - it's not called the Lombardy Poplar for nothing. They're everywhere, used as windbreaks, grown in plantations for their wood, or just ... there. In May they shed copious quantities white, cottony, pollen filaments that fill the air, and make it seem as if it's been snowing. If you've ever seen the film Amarcord, there's a scene (the first scene ??) in a field with all the poplar pollen swirling around. They're lovely to see, but cause a hideous allergic reaction and mean a lot of clearing up - I sweep buckets of the stuff off the balcony every summer. 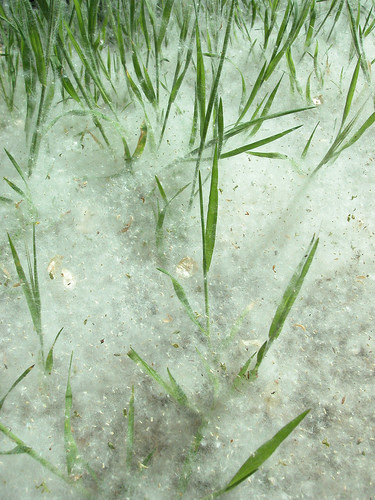 So what about you? If you'd like to contribute to the virtual seed bank, write a post saying which plant you'd include in the bank to represent your area. Leave a comment when your post is up so we can find you, and if enough people join in I'll publish the list in the sidebar. Can we beat Svalbard's 4.5m plants ???

You asked if you could join my seed swap and the answer is yes. :)

Seeds are not from my garden (from garden forums seedswap letter that I had), so I do not know are some seeds what reads in labels.

I have not enough time to find out latin names of all the seeds, but I add some names and I'll continue tomorrow! Say if you want some - I'll send seed to you :)

The seedlist is seen here:

they also created I believe the largest series of Greenhouses in the world in Cornwall "The Eden Project" to celebrate the New Millennium must admit I have never been lucky enough to visit but those who have say it is a remarkable feat.

Thanks for visiting my blog and commenting on the bouganvillea.

I read your posts on your visit to Casablanca and laughed. I have been to Morocco 3 times and have not bothered to visit the city. Your comments cemented in my mind to avoid it at all costs!

interesting post. I would save white oaks... Quercus alba. the first grand tree I saw was one. Pennsylvania is oak country.