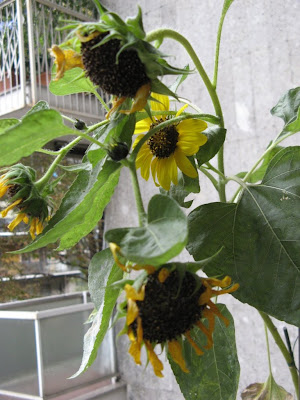 This was the week that the temperature dropped 10°C overnight. Last Sunday I went to the garden centre wearing only a T-shirt (well, no - I had trousers on too, but you know what I mean...) Today I'm sitting at home with the heating on and I've still had to put on a long sleeved jumper (that's a sweater for anyone who lives west of County Kerry). 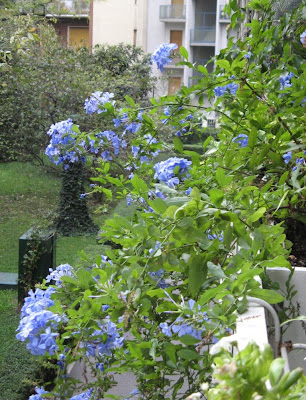 It started with two days of heavy winds. Wind is unusual in Milan, but very welcome - it blows away the pall of smog that usually envelops the city. And last week, the Foehn was blowing. 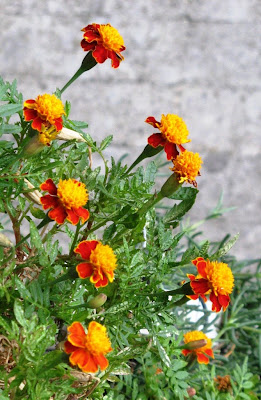 Now, I'm sure I've posted about the Foehn before - but I can't for the life of me find the post. Was it one I started and then deleted? Who knows. But apologies if you've read this before.

The Foehn is a wind which occurs around a mountain range. It has different names in different countries - the Helm wind in the UK, the Chinook in the US and Canada, the Bergwind in South Africa - and many, many more. Don't ask me to explain the details - it's something about the "different adiabatic lapse rates of moist and dry air." Yeah, well - perhaps that's why I deleted the post ...

It's a strong, gusty wind which in Milan usually brings down branches from trees and often the trees themselves. But it's a warm wind - when the Foehn blows the temperature usually rises.
So it was even more of a shock to wake up at five the next morning, freezing to death. The temperature had plummeted overnight, and the single blanket that we'd been using just wasn't enough any more. 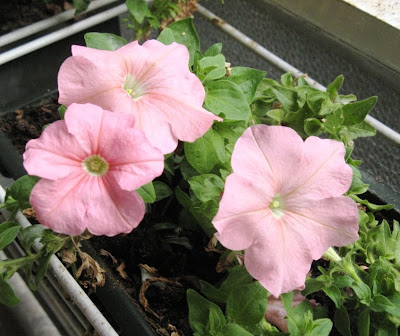 The rest of the week has been a constant rush to catch up. Winter clothes have come out of the cupboards, plants have come in from the balcony (yes, don't worry - I'll get back to the plants in a minute), and on trips to the supermarket I'm no longer stocking up with salad but with beans, lentils, and other stuff for good hearty soups and casseroles.
The plants on the balcony don't like it any more than we do. The photos above are from ten days ago - the plumbago was still in full bloom, the sunflower was developing a good crop of seed heads and the petunias and marigolds were appreciating the cooler weather and looking better than they had in August. Now they're looking considerably shell shocked.

This is the sunflower today. I'll spare you the others - this is a family blog. 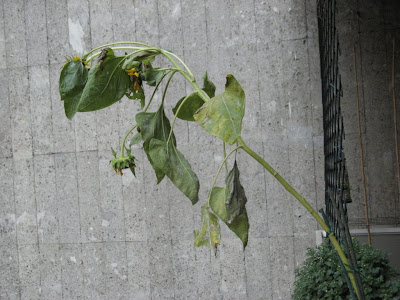 And ever the optimist in the garden, in the last few weeks, with temperatures around 20°C - that's 68°F - I was still doing some late sowing. Now with temperatures around 10°C/50°F, I suspect I was wasting my time.
But every season has its advantages and as one set of plants dies, another always takes over. Look at that photo of the sunflower again. See the chrysanths behind it? And see how many buds? Roll on November ...

Hi Sue, it seems like the cold just came on here in a snap as well. Poor plants to be ready to bud open and be hit with the cold.

Your blooms, before the cold came in, looked lovely. That's such a delicate shade of pink on the petunia. I'm not familiar with Foehn (only with Chinook) so I'm glad you mentioned it.

Yes, it's happened here too, and I've just posted about swapping all my clothes. And we've got loads of lettuce... just when we don't fancy salad any more!

HI Sue: Its snowing here right now.
You have cold we have snow.
Liza is taking some photos and I will post on blog.

Have a good evening,
John

I hope you manage to collect all those seeds to plant them for the next season. I guess like what you said, different types of flowers for different season.
Hope you enjoy them all.

nice information about Foehn, Sue. I liked ur marigolds very much :)

Hi Sue,
Congratulations on your Blotanical award. Your blog is featured on my weekly online garden tv show, Garden World Report. We did a special show on "Garden Book and Blog Awards show."

Please watch it and spread the news to your friends.

too right. Just when I start getting tired of one season, the next one - with it's flowers - moves in.

We have had a similar drop in temperature here and the jumpers are out(and the gloves). I know it happens every year but it's still depressing.

I refuse to give in just yet. The sudden drop must've been a mean trick played out by Mother Nature. In fact, I plan on making a visit into the city sometime in early November, and I swear that it'll be a warm and sunny day!

Interesting post, Sue. I love learning something new (new to me).

Nice pics. We have crows in our yard. i'm just glad that they spook so easily. The canada geese in the are don't come in our yard because we have dogs. thanks for the welcome on blotanical