Last week, I flew back to Milan from London. It was a beautifully clear day, with almost no cloud, providing wonderful views of Europe below. The white cliffs of Dover, the Seine winding through Paris, the Eiffel Tower and Versailles - they were all clearly visible.

Despite oohing and aahing for most of the trip though, it didn't occur to me that I had my camera in my bag until we reached the Alps. And thank goodness it finally did, because there the show really started. First there were the lower mountains, punctuated by long, twisting valleys with tiny houses clustered along the bottoms ... 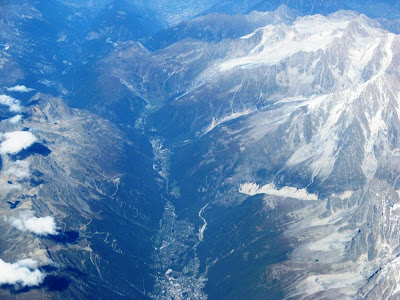 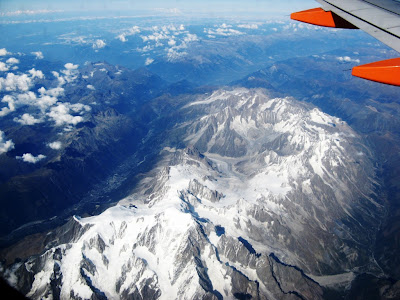 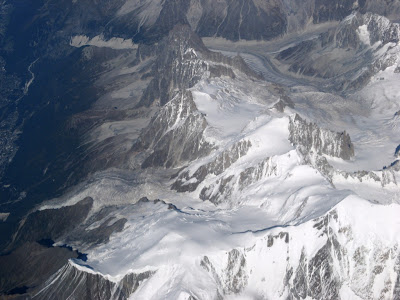 But then we got into the high peaks. Where were we exactly? I'm not sure. Could that have been the Mont Blanc and the Matterhorn in the pictures below? I wish airlines would tell you where you were more often. German Wings used to have wonderful little screens dotted around the cabin which showed you your route, and exactly where the plane had got to, but even they seem to have discontinued it. 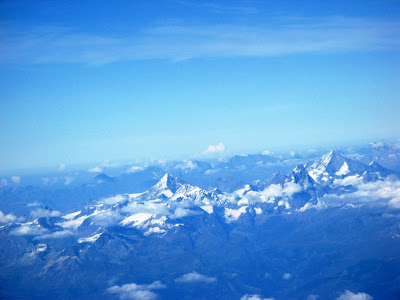 Wherever we were, it was a flight I won't forget. 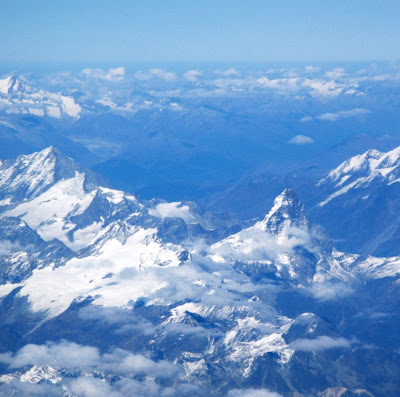 For more great photos of the sky and from the sky, check out the Skywatch Friday site. Of the photos already posted this week, some of my favourites were on Stony River in Ireland. Enjoy.

No matter how you see them they are always amazing. Nice photos especially from a plane.

Beautiful photos, what a great view from above.
I enjoyed traveling with you through your pictures.

The sky and its enchantments. The sky to give more light to the photos. e makes of our dreams, total reality. We must believe dreams. And when they not to happen, must look at for the sky. Congratulations for the photos.
http://graceolsson.com/blog/2009/10/lago-bohinj-slovenija-lake-bohinj-slovenia/

These photos are fantastic. I feel like a bird looking down at the mountains from the sky.

A very nice feeling to view things from an usual angle... and to compare with what's normal as we land... ~bangchik

That was amazing, thanks for bringing us along. Great photos, it's like Being there.

Have a great day,
John

That was amazing, thanks for bringing us along. Great photos, it's like Being there.

Have a great evening,
John

Wonderful photos and a great view from the plance. Thanks for sharing.

What incredible photos! I would say they were Mont Blanc adn the Matterhorn and stick to your story. ;-)

love your view of the sky and that is a wonderful series of photos from the plane, creative idea ...cheers and happy sky watching, I am trying to return to blogging and it is nice to see your blog.

Very stunning photos taken from a plane. Wish I had a camera like yours. Beautiful mountains.

Great pictures from the air. I love to see the snow covered mountains and the forms they make.
Great pictures.

Hello! The snow cap mountains are so beautiful! (reminds me of Nepal-Everest). But these mountains ranges are awesome! You are so fortunate to see them for yourself :-)

These are stunning..at least you pulled your camera out in time! Wow, too bad they don't give you a little info..I'd need all the help I could get..ha and then I'd have to hurry and right it down!
Hope you have a great weekend-

Those are absolutely fabulous photos. Who cares where you were?

Reminds me of how much I love flying over the Alps - espcially the turbulence. Great plane photos too - which is a rarity.

Amazing pictures from the alps!