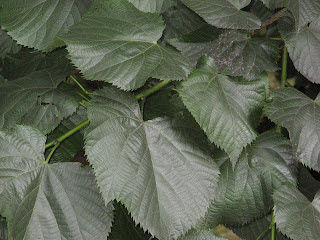 What a week - a dead computer and temperatures which suddenly shot into the nineties. Two weeks ago we were at 13° C - that's 55°F - and seven days later it was 34°C/93°F with about 80% humidity. Nothing strange for this time of year, but a shock when it changed so suddenly.

I just flaked and did the minimum possible. Big mistake. While I was taking tepid showers the red spider mite came back with a vengeance. They hadn't seemed so great a problem this year, but they'd just been biding their time. And as soon as the hot weather struck - so did they. Egged on it seems by a host of other pests and fungus diseases, all of which had been under control up to that point.

So I've been pulling off dead leaves, misting and (as minimally as possible) spraying. But I don't think I'm winning, and the balcony is looking deciding straggly in comparison to a while back.

Which brings me to the real topic of this post. Emma at A Nice Green Leaf has suggested that today we mark the half way point of the year by posting not about what's blooming in our gardens, but to celebrate the foliage - the greenery which sets everything off. I'd been looking forward to joining in and showing off the glossy green of my dahlias, the giant spotted leaves of my leopard lily, the cream and green stripes of my spider plants.... but it's gone, all gone. Or at least far tattier than you'd want to see.

However, one of the (few) advantages of balcony garden is that trees are at eye level. We're lucky in that the house is surrounded by trees of different kinds including some which think are European Limes. Most of them line the alley way which leads into the garden, and as you come through the gate in summer the temperature and the humidity drop amazingly. But there is one just off my balcony which I think of as "my" tree.

The trees are lopped back every two or three years. Immediately afterwards they seem so sad - but by the end of the first summer they've grown back, although not enough to stop the sun beating full down on us. By the second year they're towering over the garden again. If they've left a third year, this one extends its branches right onto the balcony, and its a year when I know I can choose shade loving plants for the far corner.
So today I thought I'd celebrate my tree, and went out with my camera. And just after I'd taken the photo above, the breeze got up and there was too much movement for any more still shots. So here's a video. Green leaves swaying in the wind. And all at eye level. As I said, one of the advantages of a balcony. Sorry about the background noise - it must have been the wind, though it doesn't sound like it. But enjoy the birds singing ...

Love it Sue - especially how you turned all those negative things into an inventive way of showing off 'your' tree.

Gee, I felt like I was right there on the balcony. Thanks!

Isn't it strange how just when you take a few days off, whether weather or vacation, the bad guys move in? It almost makes you want to stay close to home all summer, which is against what most of us do in the midwest/north in the U.S. I sewar those little bugs, etc have radar and know when you can't attend to them.

Totally agree with VP - it's a brilliant way of turning it around!

I like the way the wind brings life to the stillness of the garden. The wind really makes my willow tree dance.

Sorry to hear that pests have got a hold of your plants :-(

Sharing your balcony view to the trees as you see it is the only way to go when it is windy. Seeing the leaves blowing on a favourite tree is even better :-D

Have a great week

I have a few moments that I'm using to catch up with the comments. I want to say thanks for the kind thoughts you expressed on my blog. I may take up your suggestion and plant some fake flowers for them to tend ;0)